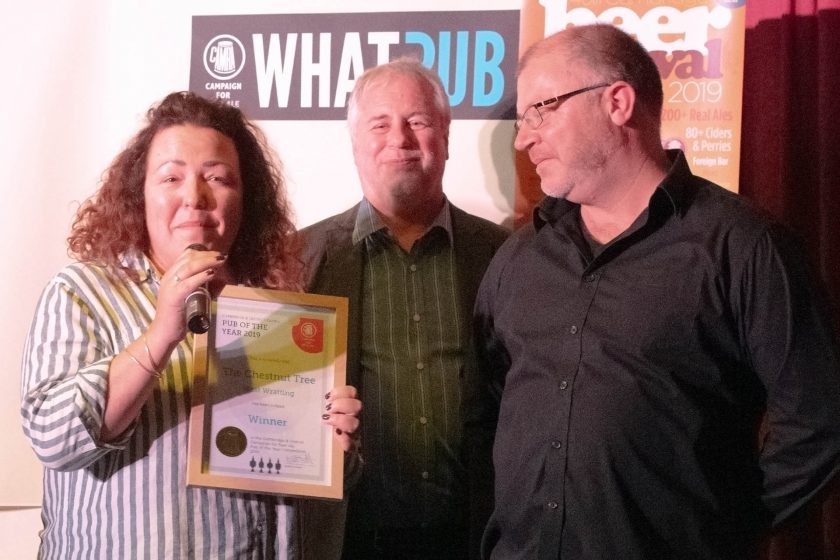 Every year the branch gives awards to pubs, clubs and individuals. The awards were presented at the branch’s gala night at the NCI Centre in Cambridge. The winners for 2019 were:

Real Ale Champion : Ron Buchet, the organiser of every Cambridge CAMRA Octoberfest and deputy organiser for many Cambridge Beer Festivals.

As well as these branch awards we also presented awards to some of our local breweries and cider makers. These awards come from CAMRA’s Champion Beer of Britain competition and our own competitions held at beer festivals.

Many congratulations to all our award winners, and many thanks to the NCI Centre for hosting us. See you next year.